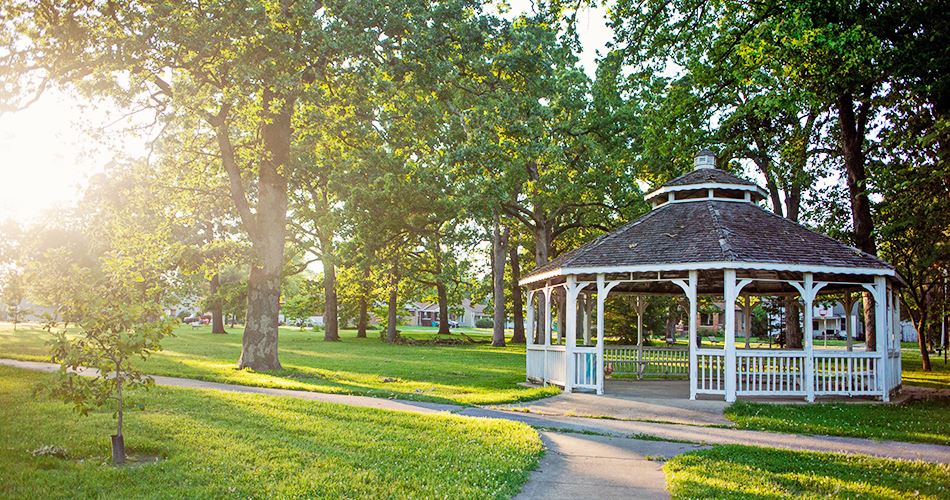 Washington Park was established in 1869, just before the Frisco Railway brought the railroad to North Springfield — a separate city from Springfield until 1887. The park was named for President George Washington. The park was privately maintained until it and its sister park, Lafayette Park, were acquired by the Park Board in 1913. At the time, they were the only two public parks in Springfield. This historic park includes a spacious gazebo, playground, tennis courts and basketball courts.