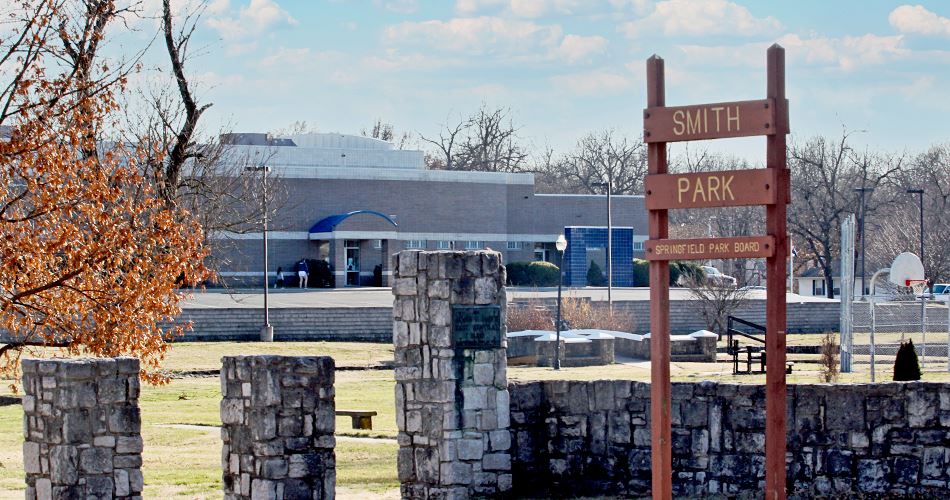 Smith Park was designated in 1935, along Jordan Creek just north of Glenstone Golf Course. In 1941, on the brink of war, the golf course was sold to the federal government for construction of O’Reilly General Army Hospital. The Park Board declined a request to sell or donate Smith Park, so the property was condemned in 1942, allowing the US Army to take possession and use Smith Park as the hospital’s recreation area. It was not until 1954 that the federal government allowed the Park Board to repurchase Smith Park, for $20,000. The former hospital site is now home to a Missouri National Guard Armory and Evangel University. The Jordan Creek Greenway connects to Silver Springs Park and beyond to Jordan Valley Park. The park is adjacent to the Boys & Girls Club of Springfield - Stalnaker Unit. The Park also includes a playground, picnic pavilion, ball field, tennis courts and basketball courts.