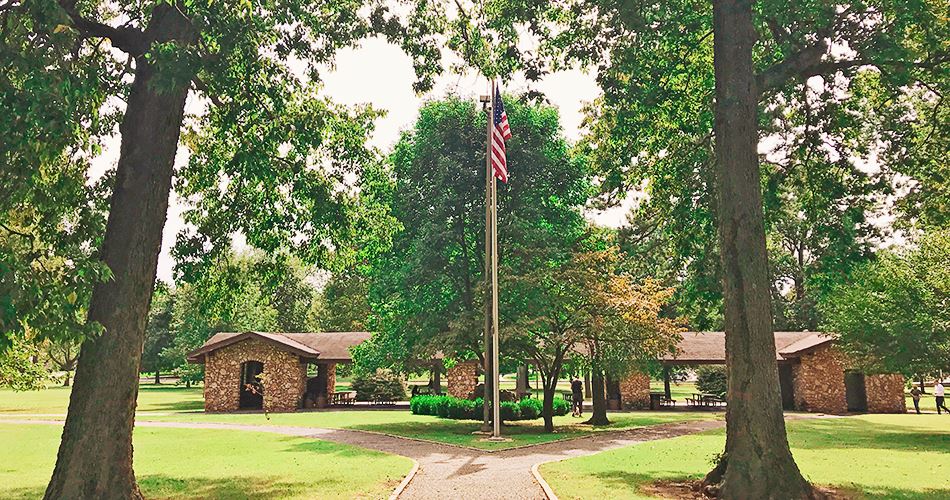 Phelps Grove Park was one of the first new parks acquired by the Park Board, on April 22, 1914. At the time, the park was south of Springfield city limits. The fieldstone pavilion, bridges and entry gates on Dollison Avenue date to the park’s creation. In the 1930s, McGee-McGregor Wading Pool was constructed and the WPA/CCC lined Fassnight Creek with stone. The original park featured zoo animals, relocated to Dickerson Park Zoo in 1923, and a man-made lake, now the site of the Springfield Art Museum. The park's namesake is one of Springfield’s founding families, Gov. John S. and Mary Whitney Phelps, whose homestead included the area of the park and surrounding neighborhood. Today the 30-acre park is home to mature trees, a paved walking track, a playground, McGee-McGregor Wading Pool, the Victims' Memorial Garden, the Perry Tennis Courts, and the WaterWise Garden.