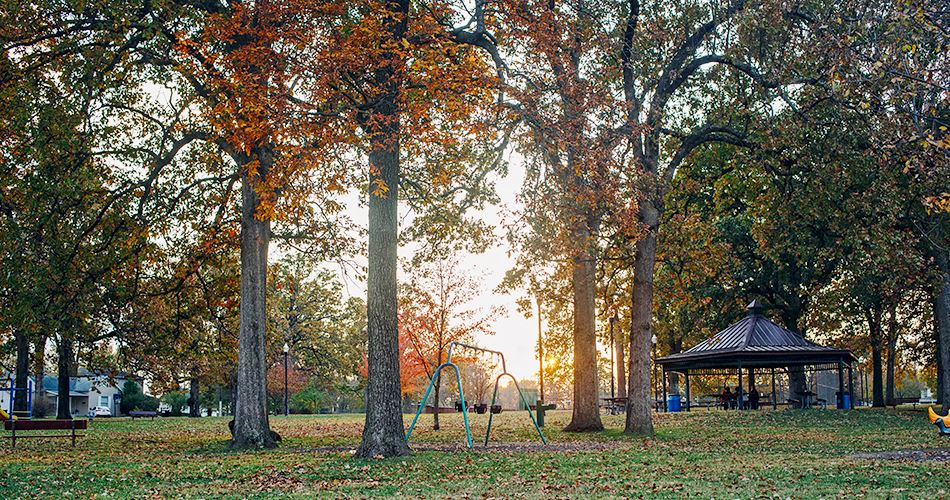 Lafayette Park was established in 1869, just before the Frisco Railway brought the railroad to North Springfield — a separate city from Springfield until 1887. The park’s namesake is Marquis de Lafayette, a French nobleman and officer who served under Gen. Washington in the American Revolution. The park was privately maintained until it and its sister park, Washington Park, were acquired by the Park Board in 1913. At the time, they were the only two public parks in Springfield. Lafayette is designated a School-Park for nearby Reed Middle School. Lafayette Park has a picnic shelter, playground, tennis courts, ball field and several utility poles painted through Moon City Creative District.