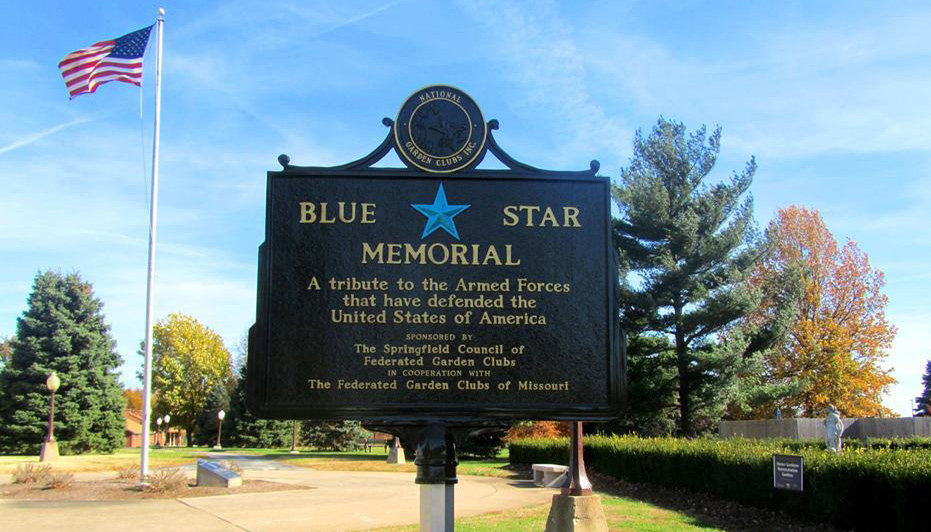 Adjacent to its early “Quad Garden,” the Federated Garden Clubs of Springfield decided to honor area veterans with a Blue Star Memorial Marker, dedicated on Flag Day in 2015.

The Blue Star Program started after World War II as a natural expression to show appreciation for those who served the nation during that historic conflict.

The members of the Federal Garden Clubs envisioned a living memorial, rather than a stone monument or statue.

The Federated Garden Clubs represent the Brentwood Estates, Cherry Court, Ever Green and Hillbilly Gardeners clubs. One member also donated a marble bench to serve as a reminder that we live in “The Home of the Free Because of the Brave.”

Additional support is needed, however, to maintain other aspects of the garden’s infrastructure.

Hear About this Garden